The first thing I noticed when I walked out of the airport in Boise, Idaho was an unusual sweet scent in the air, kind of like marshmallows and flowers.  My hosts didn’t smell it so I wondered if it was my imagination or maybe the hand soap I used in Salt Lake City. Either way, I like being greeted by a nice scent in a new town. Aroma travel. Sounds like an idea.

That weekend with the community of VineArts artists from Vineyard Boise Church was truly wonderful. We started with an exquisitely fun Friday night workshop, brimming with enthusiastic artists, at Irene Deely’s amazing Woman of Steel Gallery–which is just as robust and creative as the name suggests. 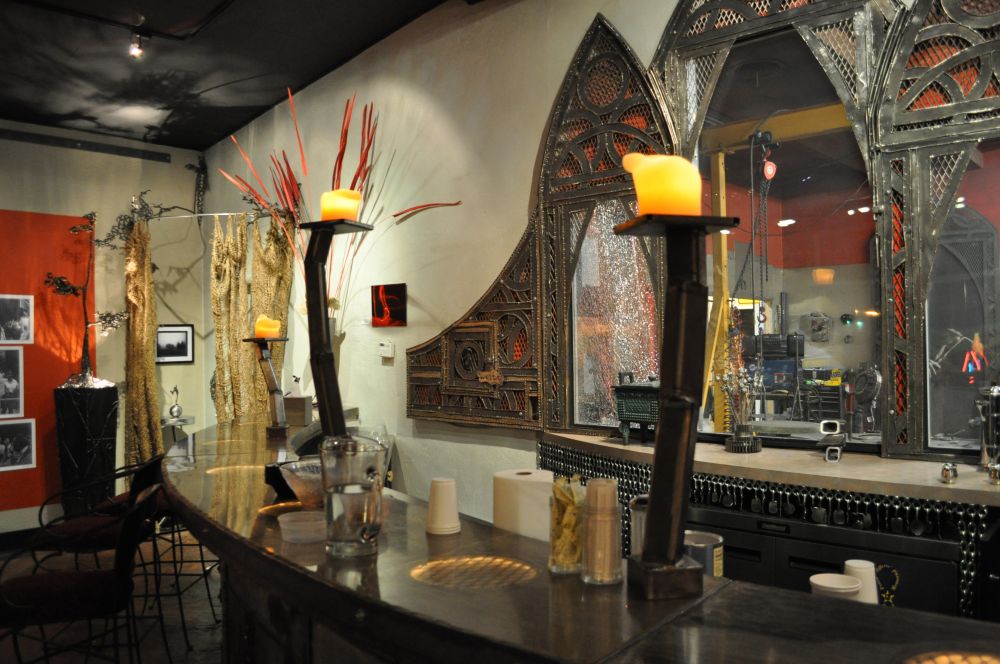 We covered a lot of the material I share in these situations: the New Renaissance in the arts, collaboration with God and hearing his voice, and did several hands-on exercises, but the expectation in the room took the event to a most enjoyable level. I think everyone came away with a new understanding of God’s plan for creativity. I know I did. When the meeting was over Jessie Nilo (VineArts Director) and I prayed specifically for anyone who wanted prayer. The affirming words and pictures from the Spirit  flowed like a mountain spring.

Jessie and I met in 2009 at the CIVA Conference in Minneapolis and our mutual interest in bringing the arts into the local church sparked a friendship.  Later, her group had fun studying  my book, Finding Divine Inspiration, and when it was time to plan their Biannual arts gala, they asked me to speak. This workshop was just supposed to be an add-on, but for me it was the first of many highlights.  Dinner and late-night conversation with my hosts Judy and Dean Estes, whose gifts of creativity and hospitality overflow into every room of their house, followed.  Then, on Saturday, there was a tour of the wonderful VineArts studio and gallery and the Arts Gala in the

evening. Artists created throughout Heritage Hall, Vineyard Boise’s large public space, during that event.  There were painters, sculptors, culinary artists (incredible treats with spiritual meanings!), musicians and more. Jessie founded VineArts in 2004 and they use the Gala to showcase their many programs and try to raise some money.  Their ministry has grown to include a large art studio that is open multiple times a week for workshops, open studio time and meetings, regular arts outreach to nursing homes and schools, and more. (See more about what they do here.)

With all they’ve accomplished, the thing I love the most about VineArts is the sense of community these artists have. I felt it in their enthusiasm and expectation at that first workshop and I benefit from it every time I sign on to Facebook or get an encouraging email. I think it comes not only from the culture of their church and its leader Tri Robinson, but also from the fact that they’ve really collaborated with God in every step of building this ministry.

Some time over the weekend, I took a little drive into the mountains that border the city and hiked a bit. I hadn’t realized until I got there that Boise is in the high desert, so I was anxious to get out and touch the rocks and vegetation. I like to do that everywhere I go because its something that helps 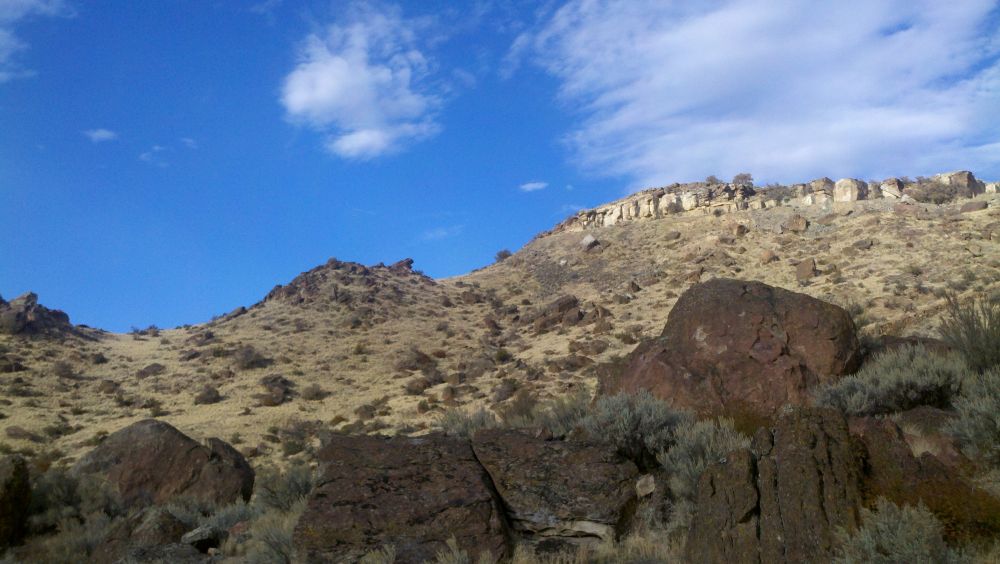 me connect to a place, to make the experience more “real”. The desert is one of my favorite places to do that, probably because its extremely different from my green Indiana landscape.   That day the sky, the light,  the hills and the rocks with their colorful lichen–everything–was beautiful. And as I broke off a piece of a desert bush, I smelled that fragrance again. It was sage. Sagebrush. Boise smells like sage.   That sweet fragrance summed up the whole trip.

Since that first trip, I’ve spent time with some of the VineArts leaders and I feels like we are family. Jessie Nilo recently joined me on staff at The New Renaissance Rising, and we led two workshops on the arts in the Church at the National Vineyard Leaders Conference in Phoenix in May. ( You know I got in a good hike in the Arizona desert mountains!)  We’ll do prayer ministry in June at the CIVA Conference in LA, and are working on a book called The Creative Church that will help churches release creativity in their congregations through establishing and maintaining arts ministry. Just a few days ago I was with a VineArts team at the Bethel School Of Supernatural Creativity in Redding, CA. They befriended my daughter, Hailee and cheered me on when I led a workshop. If I could have been in two places at the same time, I would have joined a second Boise team in Texas at an arts pastor’s retreat at Laity Lodge. (Watch the http://revelatorart.com site for an update on that.)

May the grace and joy with which VineArts and Vineyard Boise embrace the creativity and the arts in their church become the standard for the New Renaissance in churches around the world!