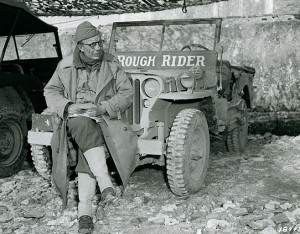 I got somewhat addicted to Ken Burns’ fascinating series The Roosevelts on PBS recently. It chronicles the life and times of the famous family, focusing on the irascible 26th President, Theodore, and his niece Eleanor and cousin Franklin, the 32nd President, as well as their children. I find it inspiring that a family had such an effect on our country and the world.

The documentary piqued my interest in Theodore Roosevelt Jr., the Presidents first born, who like his father had a political and military career.  It must have been difficult to be the namesake of one of the most famous and powerful people of that era. Theodore Jr. said that his father had high expectations of him when he was young, making life so stressful that he nearly had a nervous breakdown. Read more here

(This article appears in full on Crosswalk.com and the Salem Networks.)